Search and find the best Quotes for every occasion with the Quotes Generator. Whether for Instagram, Speeches, WhatsApp Statuses or just for you to think and inspire.
Simply select a category and generate new Quotes. You have thousands of Quotes from different categories at your disposal.

Life is full of inspiring writings, verses and people who have made a difference. With simple sentences, sayings and quotes you can make other people think and inspire. With the Quotes Generator you can generate thousands of quotes and simply copy the best ones. For your blogs, instagram stories, speeches, love letters... the right saying for every occasion.

Do you want Quotes for your Instagram Story or Whatsapp Status? Here you will find a large selection of Popular Quotes sorted by category.
more

On the FAQ page you will find questions and answers all about quotes. Otherwise just use the contact form if you have further questions.
more
Tears shed for another person are not a sign of weakness. They are a sign of a pure heart.

Be inspired by thousands of Quotes. Use the Quotes Generator to find the best Quotes for you. Or take a look at the most Popular Quotes on the Popular Quotes page. Maybe you'll find something for your purpose. 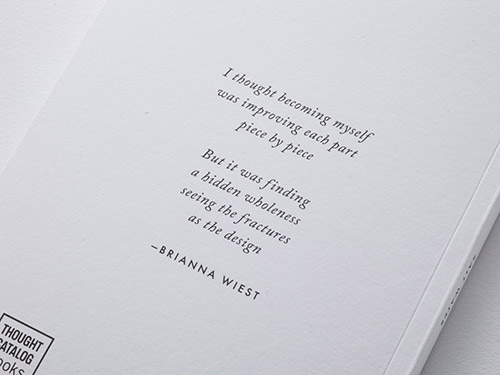 The Quotes Generator is a simple online tool with which you can generate thousands of quotes sorted by category. You can choose from different categories from all walks of life, so you can find the right quotes for you or others. You can use quotes for Instagram Post, Facebook, Twitter, Diaries, Whatsapp status, for profile entries, as motivation somewhere to write down and hang up. Reach other people with the right words. Finding good words isn't always easy. On quotes-generator.com we help you to find the right words for every situation and occasion.

Quotes for every occasion

A suitable quotation for every occasion or occasion.

Would you like to say or write something dear to your loved ones? With Love Quotes you will always find the right words. Whether for your birthday, your best friend or your partner. Love words and sentences always go down well.

Quotes that inspire. Be inspired by other people and wisdom. Collect new ideas and food for thought for your goals and tasks. Maybe Inspirational Quotes opens your eyes in some situations in life to find suitable solutions and ways.

A perfect opportunity to give your loved one a little attention. Write your partner a letter or leave small messages with Romance Quotes. Whether at a dinner, wedding, whatsapp message or a little gesture on the side.

Isn't life just so great and you need something to hold on to or think about? Then let the Life Quotes motivate and inspire you. You can also express beautiful moments with Life Quotes and share them with the whole world.

For intercessions, church services, weddings, funerals, baptisms and other religious occasions you can generate Religion Quotes for your speech religion. Make invitation cards more beautiful or use them to make memorable speeches.